HARMONICS: 60 YEARS OF LIFE IN ART
BY PAUL GRUHLER

With an Essay by Carolyn Bauer

“My paintings and collages reside in the tradition of geometric abstractions where intensity of color and refinement of form are paramount.  Paul Gruhler

For more than 60 years, in studios in New York, Oklahoma, and Vermont, Paul Gruhler has steadily produced an extensive body of work in which his deliberative arrangement of color, shape, line, and texture have aimed at creating harmonic relationships among them. Pure abstraction. None of these works refers to, nor are they inspired by, anything outside the concentration of their making.

Harmonics includes a comprehensive essay by Carolyn Bauer on Gruhler’s life and art;  a number of sidebars gives us an insider’s glimpses of the exciting New York art scene in the 1960s as abstract expressionism was giving way to new forms of abstraction by artists such as Mark Rothko, Agnes Martin, Clyfford Still, and Ad Reinhardt. Pursuing his own unwavering path, Gruhler showed his work early on in solo and group shows in New York, Mexico, Finland, and Germany. His paintings are held in in numerous national and international public and private permanent collections. Also see, www.paulgruhler.com 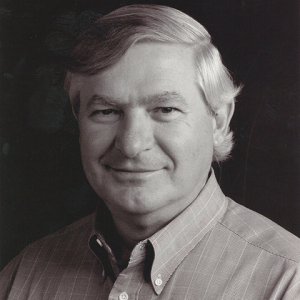 Born in 1941 in Brooklyn, New York, Paul Gruhler grew up in neighboring Queens. A self-taught artist, he opened his first studio in Manhattan in 1962 at the age of 21 and entered the city’s competitive art world. Over the following years, while highly productive, he also traveled extensively in the U.S. and abroad, visiting museums and galleries, encountering firsthand many forms of art, from the ancient to the contemporary. Gruhler’s paintings are held in in numerous national and international public and private permanent collections. Visit Paul Gruhler’s website at www.paulgruhler.com

For an interview with Gruhler, see Q&A with Deborah Kalb

Reviews of Paul Gruhler’s work exhibited in conjunction with the publication of
Harmonics: Sixty Years of Life in Art:

Cynthia Close, Art New England
“A mesmerizing quality of these richly colored jewel like surfaces . These paintings do not shout for attention. They hum.”
Go to Full Article

Amy Lilly, Seven Days
“The fascination of these compositions lies in the balance of tension created by the forms and colors.”
Go to Full Article

B. Amore, Times Argus
“The paintings have a magical quality, as if the colors are living, pulsing entities that beat in concert with the human heart, arousing an emotion within the viewer that echoes Mark Rothko’s words, ‘A painting is not a picture of an experience. It is an experience.’”
Go to Full Article

There are no reviews yet.

Be the first to review “HARMONICS: 60 YEARS OF LIFE IN ART
BY PAUL GRUHLER” Cancel reply