A Nest for Lalita: A Novel by Ken Langer

“This novel is a storm of Eastern wisdom, as well as the calm of poetry.”
Martin Walser, author of the  bestselling Runaway Horse (Ein Fliehendes Pferd),
winner of international Peace Prize of the German Book Trade

AS DIRECTOR OF BEHERA HOUSE, a safe haven in India for women who have survived domestic violence, Meena Kaul is riding high: with funding in place for a large, new residence, she has selected Simon Bliss, America’s foremost “green architect, to develop the design. But when the stock market crashes, Behera House loses its backing. The right-wing Hindu Democratic Party (HDP), seeing an opportunity to win women’s votes before a national election, steps in with an offer of a multimillion-dollar grant. While Meena is reluctant to accept, it is the only way for the project to proceed. Her worst fears come to pass when the HDP wins the election and begins to chip away at a hundred years of progress on women’s rights.

Simon, who has fallen in love with the alluring Meena, is drawn into the perilous world of Indian politics. In his attempt to loosen the HDP’s grip on Meena and win her affection, he takes on reactionary politicians, shady priests, and crooked businessmen. In the process, he comes face to face with disturbing truths about his past, while Meena finds herself trapped in ways she never could have expected. 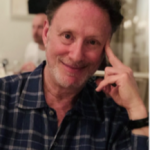 Ken Langer’s love of India began in 1971, when he spent an academic year in Varanasi. He earned his Ph.D. in Sanskrit and Indian Studies from Harvard University in 1978 and spent two years in Pune as a postdoctoral Fellow of the American Institute of Indian Studies. After leaving Sanskrit studies, Ken served as Special Assistant to the Dean of Harvard University, Vice President of Brandeis University, and consultant to the U.S. Department of Energy and U.S. Agency for International Development. In 2002, he founded EMSI, an international green building consulting company, with projects in the U.S., the Middle East, and Asia. His short stories, essays, book reviews, and academic articles have appeared in the Harvard Review, The Satirist, The Woven Tale, the Vineyard Gazette, Taj Mahal Review, and the Journal of the American Oriental Society. His blogs can be found on www.kenlanger.net.

“Langer’s prose is lucid and wonderfully detailed . . . The novel does an excellent job showing the dangers faced by women in certain traditional societies, as well as the platform and political strategies.” Kirkus Reviews

“Thrilling to read, A Nest for Lalita puts the reader into the sights, sounds, and smells of India as religious fundamentalism, Hindu nationalism, and domestic violence play out in an irresistible love story.”  Josh Sapan, President and CEO AMC Networks.